ThinkGenetic recently hosted a panel discussion among researchers involved in the Genomics Collaborative, an FDNA initiative connecting researchers, clinicians, patients, laboratories, and advocacy groups to further disease discovery. Panel members presented their work with the collaborative, followed by a Q&A session moderated by Dawn Laney, all of which is available to watch at the bottom of this page or on YouTube. 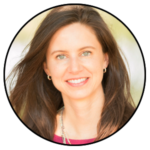 Cara O’Neill’s daughter, Eliza, was diagnosed with Sanfilippo about five years ago, which thrust her abruptly into the advocacy sphere.

Sanfilippo, also known as mucopolysaccharidosis III (MPS III), is a lysosomal storage disease caused by an enzyme deficiency that leads to buildup of heparan sulfate, a glycosaminoglycan. The buildup impacts the central nervous system and causes progressive neurodegeneration; Sanfilippo has been referred to as childhood Alzheimer’s because of the symptoms it causes.

O’Neill, a pediatrician herself, quickly recognized the issue of diagnostic delay in identifying the syndrome in patients.

“Newborn screening wasn’t just right around the corner,” she said, which is why she was excited to meet FDNA at a genetics conference. “We thought, wow. What a great tool to help us find kids earlier.”

Cure Sanfilippo Foundation (co-founded by O’Neill and her husband) and FDNA set to work training the Face2Gene system on Sanfilippo syndrome. After creating a patient portal for parents to submit photos, the artificial intelligence powering Face2Gene eventually learned to differentiate the faces of patients with MPS III from faces of unaffected controls, as well as distinguish between MPS III and other MPS syndromes.

O’Neill also wanted to see how patient faces changed over time, so she gathered cohorts based on ages and created average faces for each.

“What was really exciting to me about this was that we were able to pull out that early age group in the one to three year old range where symptoms are starting to become more apparent to doctors and parents. We thought this is where we could possibly pick up children early and the software was able to distinctly, with 95% accuracy, recognize MPS IIIB patients in the 1-3 year old age range from other syndromes and from unaffected controls. That really validated what we had hoped this tool might be for us,” she said.

O’Neill said her experience as a parent and pediatrician impacted her desire to make other pediatricians more comfortable with disorders like MPS III.

“We would like to identify these kids before they have so many symptoms that they make it to the specialists.”

As part of that effort, Cure Sanfilippo and Greenwood Genetic Center partnered to create a set of trigger parameters prompting pediatricians to use Face2Gene to seek diagnostic consultation with genetic experts.

The process has been extremely rewarding for O’Neill, who had not done this kind of research work before. “It was surprisingly easy to move these projects forward,” she said, encouraging others to give it a try. 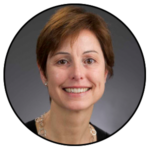 Dr. Karen Gripp uses Face2Gene in both clinical and research settings. With one particular patient, she described how with just a single photo and seven features, Face2Gene presented Smith-Lemli-Opitz as a potential match, which allowed Gripp to order targeted testing rather than whole exome sequencing.

Gripp also used Face2Gene to identify a “face” for Ayme-Gripp, a syndrome previously described as “Down-syndrome-like.” “There was a long ongoing debate about how distinct a condition is it,” Gripp said.

Gripp noted how a facial composite of Ayme-Gripp syndrome is distinct: small eyes, short nasal tip, and full eyebrows are clearly evident. She was able to use Face2Gene to prove that these “average faces” are indeed distinct, different from those of children with Down syndrome.The system analyzed the facial phenotypes of the three separate cohorts with binary comparisons and multiclass comparisons. “For each photograph the system has to decide which bucket to place it in,” she explained.

Gripp said she appreciated the RESEARCH application of Face2Gene for the way it streamlines hypothesis testing. “You get statistical data that is very helpful in terms of proving your impression in an objective manner.” 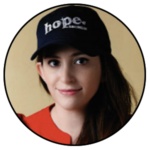 Ilana Jacqueline said after the 2017 Year of Discovery that she and her colleagues realized “a year of discovery is not enough” and used the momentum from their monthly deep dives into specific diseases to build the Genomic Collaborative.

“Our technology continues to learn by way of collaboration,” Jacqueline said, explaining how in Face2Gene, “facial features become a mathematical descriptor,” which maintains patient privacy while optimising system learning. “Ultimately that reduces the amount of testing that may need to be done to confirm a diagnosis,” she said.

Clinicians and researchers who join the Genomics Collaborative can access forums to discuss difficult cases and gain the support of the FDNA research team to support the creation and publications of scientific papers, while of course maintaining ownership of their discoveries. As a bonus, because the technology is free, doctors and advocacy groups can devote their resources to other projects instead.

As a result, patients and families can see growing communities from improved diagnostic rates. “Patients will gain a greater understanding of their diseases as more experts become involved in the research,” she said.

“The need is urgent always,” said Jacqueline, who understands this from personal experience as a rare disease patient. “You’re dealing with families and children whose survival is a ticking clock. You know the stakes are high.” That’s why, she said, “We should always be learning.”

DID YOU KNOW: By adding clinical features to your cases in Face2Gene, you increase the possible syndrome matches to 7,000+. NEW: Include features Read more

It was an exciting 2018 for FDNA, as we continued on our path to bring AI-based phenotyping technologies to clinicians, Read more

San Diego, CA – The FDNA team is excited to be back at the American Society of Human Genetics (ASHG) Read more

The Genomics Collaborative: How to Design the Future of Health—Together

Note: This talk was presented at the 2018 ACMG annual meeting. The video can be seen below, or at this link> Read more